The human mind is a wonder and a mystery to me. I try to understand what goes inside the mind and fascinated is what I am left with. Have you ever thought about what goes on in the mind of a killer?  I have. I associate human behavior with their minds. What goes through the mind of a kind and generous person versus that of a selfish and egotistic one? Why does one know how to control their emotions while the other is impulsive and jittery when dealing with the exact same situation? Why do some people end up with questionable and abhorrent behavior when they had an okay upbringing? What I know is that there is always an answer to whatever goes on in the mind. Hard to understand, but the answer is always there.

This explains my obsession, and I use this term very loosely, with psychological thrillers and dramas. They just do it for me. I would rather get on edge trying to figure out something or solve a puzzle than be on edge from watching an action movie where guns are blazing and people fighting. These shows, some which have long ended have helped me understand and slightly quieted my curiosity of the mind.

I think I am ready to be a profiler or a counselor or a detective or a psychologist or a mediator. Hehe. I’m starting to think maybe communication is not for me. Maybe I should become a psychologist, it’s never too late. When I watch a show, I am able to describe what is going on. E.g. maybe a bad guy has kidnapped a girl with blonde hair. As the show goes on, I can start explaining and come up with theories as to why the bad guy kidnapped the blonde girl. Here, you may find out that maybe he is acting out because of what a blonde woman did to him e.g. his mother, teacher, girlfriend, etc. Then, I start predicting what he might do next based on the information gathered. (Guys, are we together?) So we may find out that he has kidnapped blondes before or is fixated or triggered with a certain situation or place and then predict his next move. Then, when they get a hold of him, they are able to try to change his way of thinking by helping him deal with the cause of his behavior.  Most times it works. Sometimes it doesn’t, but it’s a thrilling process. For me anyway!

Indulge me, good people. I know this is not a genre for everyone, but I do know that those who are like-minded will thoroughly enjoy and relate to what I’m saying. Catch SOME of my favorite shows;

Of course, this had to be the top of the list. The show is now over after many original cast members left and its ratings drastically went down. The last couple of seasons were underwhelming but I stuck it out coz I’m true like that and also just to indulge in the cases. The show follows the FBI’s behavioral analysis unit as they profile and try to figure out the behaviors of unknown subjects.

It had 2 spin-offs; Criminal Minds; Suspect Behavior and Criminal Minds; Beyond Borders which were also canceled because of low ratings. But I have to say, I enjoyed all 15 seasons. 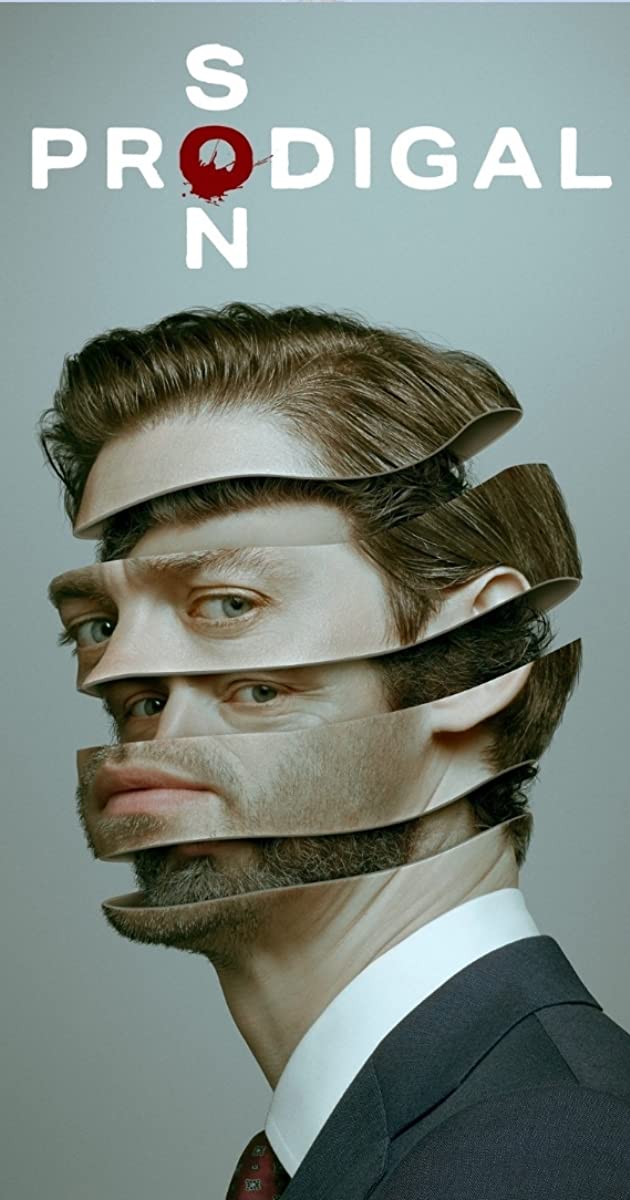 I started slow on prodigal son and thought it was just another investigative show. I later found out that it was not and is now top of my list. It features a guy, Malcolm, who works as a consultant and profiler for the NYPD and whose father is a serial killer behind bars. He is seen struggling with psychological issues brought by a traumatic childhood throughout the show.  The show just concluded season one and I am hopeful that it will be renewed for a second season.

My favorite characters are Malcolm, his mom Jessica (played by Bellamy Young whose character, Mellie on Scandal was also great), and ‘The surgeon’, Malcolm’s serial killer dad. 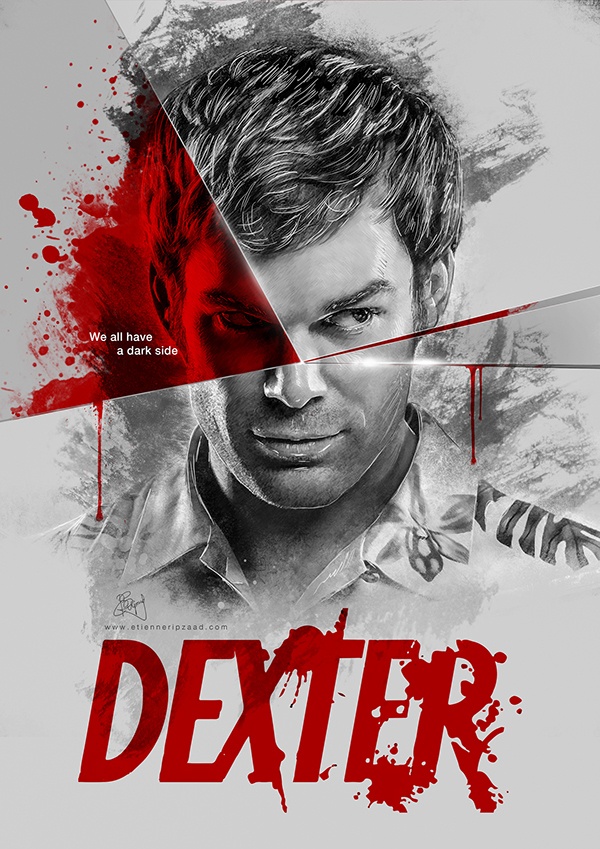 I am binge-watching Dexter again just for the thrill of it. It follows Dexter, who works as a blood forensics guy at the Miami police department. He specializes in bloodstains and patterns and helps solve crimes. He is also a murderer. A sort of ‘robin hood’ vigilante who kills bad guys who have never been caught or got away with doing a bad thing. He has a traumatic past and tries to lead a normal life but his sociopathic tendencies seem to get the best of him. The show ended at 8 seasons.

On a rather weird fact, it has been reported that real-life crimes of murder around the world have been ‘inspired’ by Dexter. Most of the suspects said they saw themselves as Dexter or wanted to be like him. Talk about having an impact on the mind huh!!

Dexter is my favorite character, together with Doakes and Debra. 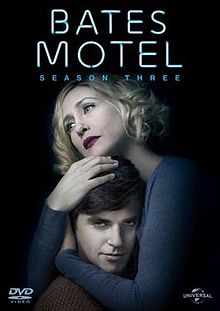 If you haven’t watched Bated Motel, I think I should start re-thinking our relationship. Hehe. First off, the show is super weird! So weird that when it concluded in season 5, I was left very confused and with more questions than answers. It follows the lives of Norma and her son Norman who run a motel in an out-of-the-way small town and have a strange but tight relationship. They are riddled with murder and cover-ups. The show also explores mental health and incest and was a treat to watch.

Of course, the weird f***ers Norman (who currently plays Shaun on The Good Doctor) and Norma are the only characters you need to know. 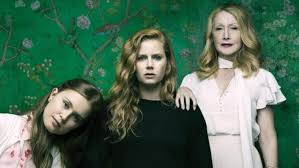 I loved this miniseries which revolved around Camille, a crime reporter who returns to her hometown to investigate the murders of 2 girls. We learn of her struggles with self-harm and alcoholism and her moody attitude and demeanor are to die for. She also has a not so pretty childhood and has a hard time relating to her sick and overbearing mother. The show had a brilliant ending.

Adora and Amma were great but Camille’s character was my best. 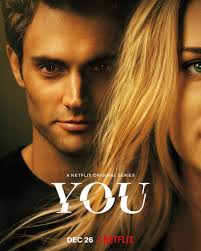 You, currently 2 seasons in, is also one of my favorite shows. It follows Joe who is obsessed with one of his customers at his bookstore. He stalks and tracks her every move. The show is great as it shows how love, obsession, and infatuation can lead to toxic and extreme measures.

Joe is, of course, my favorite character.

I am currently watching Mindhunter and The Alienist after I was almost disowned by a friend who was shocked that I have never watched them. So far, I am absolutely thrilled by Mindhunter.  I am also planning to watch Rugal. I have watched lots and lots of documentaries about the minds of murderers which have left me obsessed with the unsolved murders of Jon Benet (which I think was a cover-up by the family members) Read up on the case and let me know what you think by the way! Who The Zodiac Killer and Jack the Ripper were, The Black Dhalia case, the Grimes sisters, etc.

My best psychological movies include but not limited to; 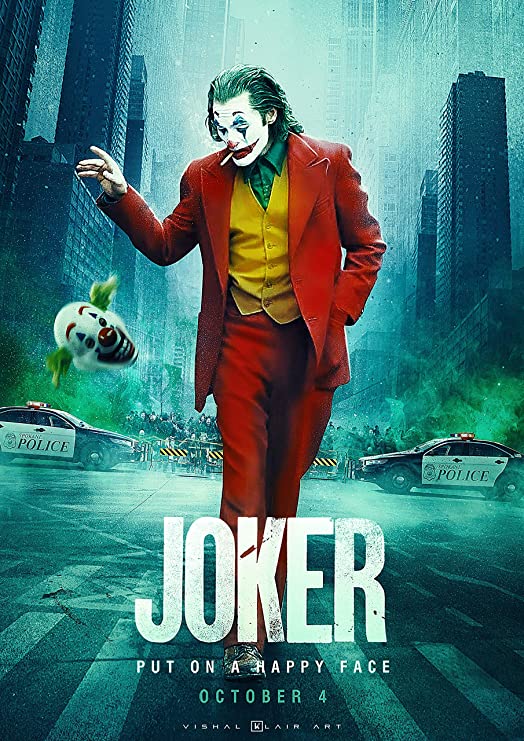 Note that some of these movies came highly recommended by my 23-year-old nephew. He is my spirit animal.

Tell me about your best psychological shows.

2 thoughts on “My top psychological TV shows and Movies!”